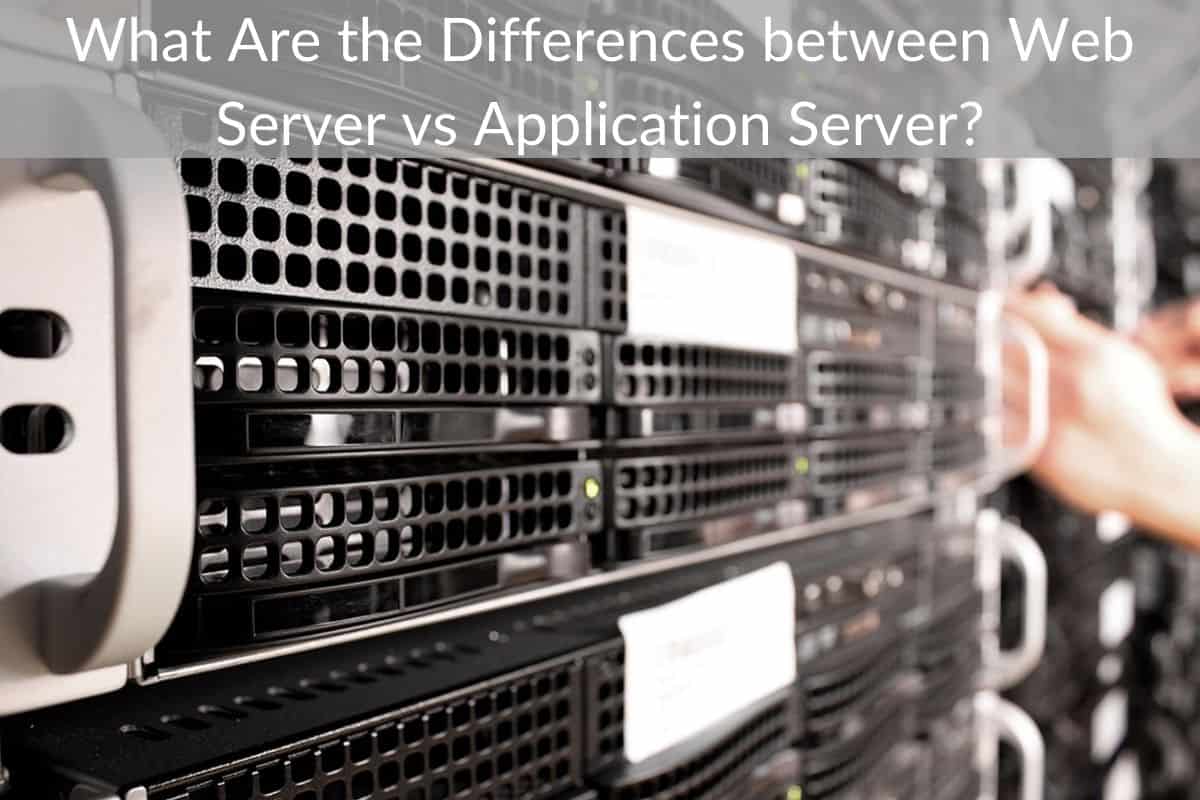 Differences between Web and Application Servers

Another difference of web server vs application server is in their functions. Application servers are custom designed; only a particular client built for the sole purpose of interpreting the responses it gives can read them. The Web servers, on the other hand, return responses that we can access from a web browser. They accomplish that by keeping HTML, PHP, and ASP files accessible for the internet browsers when a user requests them on the internet.

We consider web servers file-oriented ones, in that they support HTTP rather than Common Internet File Systems. Application servers, naturally, center themselves around applications. This means they have everything to do with application management throughout the lifecycle, monitoring, application packaging, deployment, and redeployment support as well as the app runtime services.

Application servers allow distributed transactions. They serve applications based on the Internet as well as those based on an enterprise such as JSP’s and EJB’s. Their web server counterparts only support servlets and JSP’s – both of them web-based applications. Another key difference is the fact that application servers have a high resource utilization capability while web servers? resource consumption is low.

Application servers provide services such as connection grouping, management of transactions, communication via messages, clustering, and load equalizing. However, these services aren?t limited to just the application servers only because the Apache Tomcat can also offer connection pooling. Application servers have the capacity to carry web servers. They also have a web server functionality which we rarely put into practice. That is because it is better to utilize the standalone web servers dedicated to similar duties. The two servers, therefore, complement each other in some functionality aspects.

The positive side of web servers is that their delegation model is simple. When it receives a request, it just passes it over to the program that can solve it. Its duty doesn?t go beyond providing the perfect environment where the server-side programs can execute and send back the generated answers.