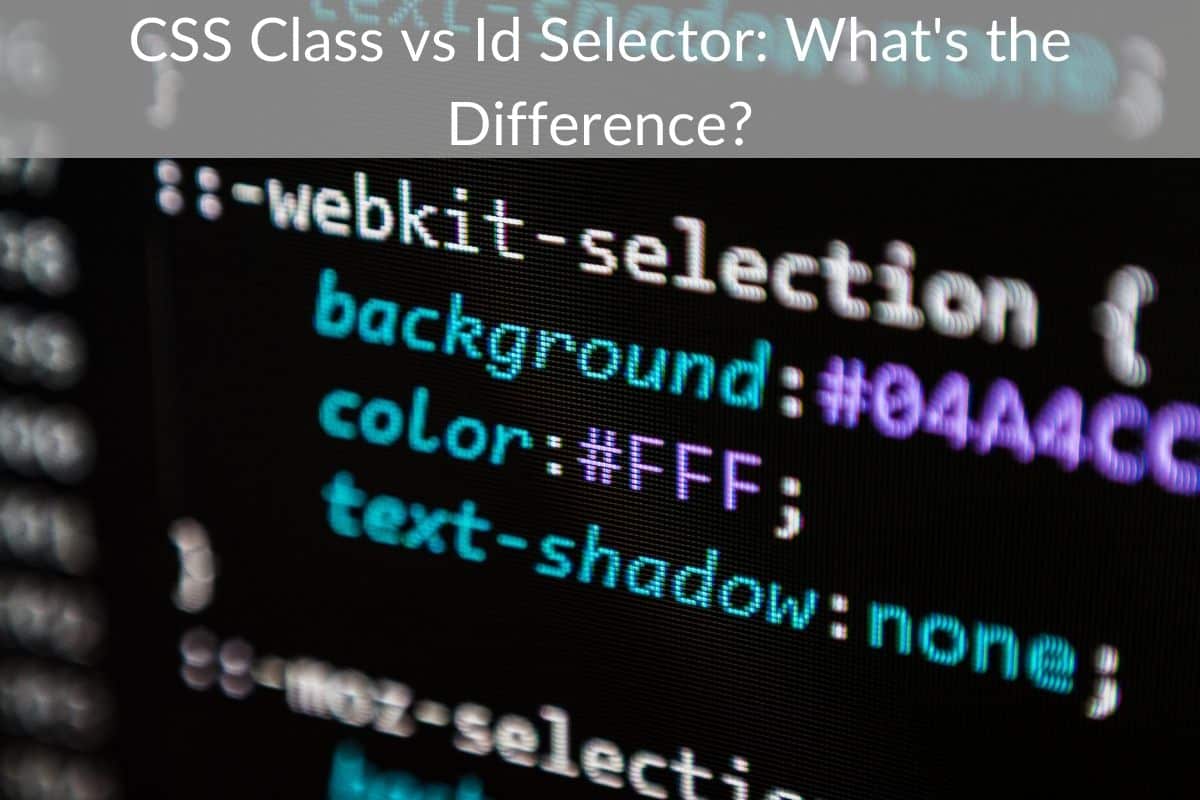 When programming with CSS, it is important to know how to use the CSS class vs ID. It is among the core programming questions you will meet in an interview for a web development job. You may be required to differentiate the two intricately. In this article, we?ve outlined for you the differences between the two.

What are CSS Class and ID Selectors?

CSS class vs id are two of the most commonly used CSS selectors that play the integral role of building the layout of an HTML document. In addition to that, they are employed in styling the HTML document. The two selectors may also be used in controlling and manipulating the DOM elements through JavaScript language. Interviewers will not only confirm if you know these selectors but also whether you can apply them accordingly.

How to Use the CSS class vs id selectors

If one is interested in selecting a single HTML element or several elements in a single group, the class selector is the most appropriate tool. A “period” or the full stop notation is used to represent the class attribute. The ~= sign would also suffice to bring out the same meaning in a line of code. The paragraph elements

are assigned with a class attribute value of ?content.’

For example, for a class ~=vegetation, you can assign a style to all the elements as follows:

It is important to note the CSS rule of applying (.) in front of the class value.

The ID selector in CSS is used for selecting just one HTML element characterized with a unique ID. A division or

element is usually accompanied by an ID attribute ?header? value. The styles required for the HTML document can then be applied to that

element as shown below:

It is important to note the CSS rule of applying (#) in front of the class value.

Differences between the CSS and ID Class Selectors

As depicted by the examples above on how the selectors operate, the id selector can only be used for a single class element. In an HTML document, the id value can only be assigned to a single item on the same page, like in the case of a header and footer. The class selector, on the other hand, can be used by multiple elements. Hence, a class value can be assigned a single or multiple HTML elements as long as they are of the same type. For instance, there can be many paragraphs with the .content class.

In other words, the IDs are unique and can only be used once on an HTML page while the class selectors can be used over and over in paragraphs with the same content.

The CSS class vs id question is very common and falls among the simple technical issues of programming. Read this article before the interview, share your thoughts on CSS id vs class selectors and the interview will go well.