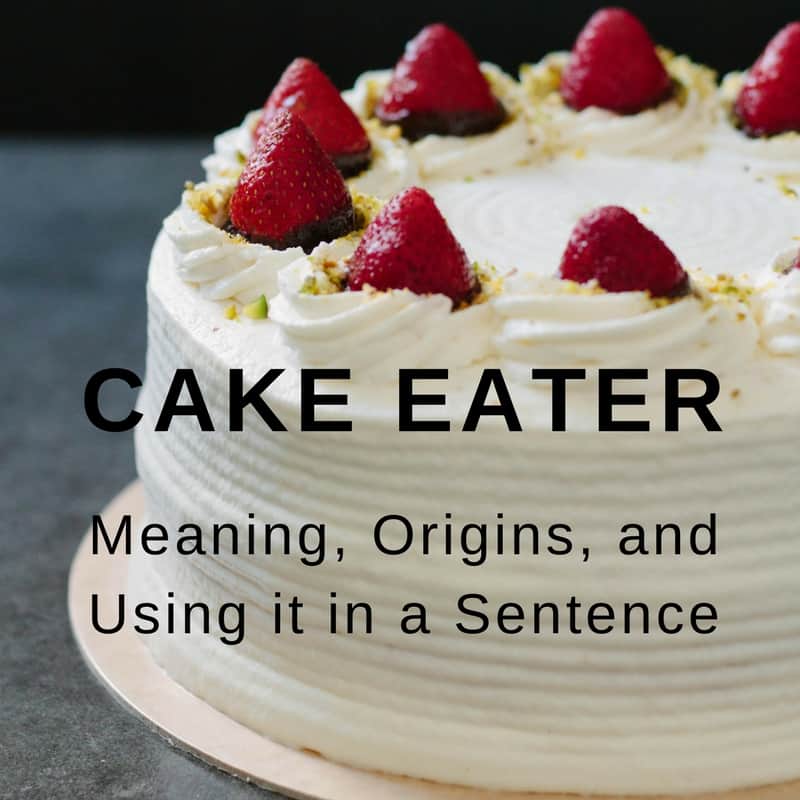 What is a cake eater? The popular expression cake eater is a derogatory term used when referring to a rich (young) person whose accomplishments are due to the family?s status and/or wealth, and not to knowledge or personal drive. The expression cake eater usually comes with the implication that said person is doing a poor job. This is especially relevant when compared to a “non-cake-eater”.

Nevertheless, some sources go as far as to define the term?cake eater as an effeminate individual who loves the simple pleasures of life, partying, and overall being unproductive. In the military, the term cake eater refers to civilians. The Navy, however, uses cake eater to refer to a sailor who reenlists into the troops, as most are served cake at the reenlistment ceremony.

Origins of the “Cake Eater” Saying

The cake eater expression first appeared between 1920 and 1925, but?became popular by the 1996 movie Mighty Ducks.

Using ?Cake Eater? in a Sentence

?Look at that cake eater taking over Justin?s job just because he?s friends with the boss!?

“Yes, I know Francisco. He used to be a great guy, but his fame has gotten the worst out of him and turned him into a cake eater.”

Recommended read: If you are interested in learning about more expressions, check out our article on non-technical interview questions?that might come up during your interview.