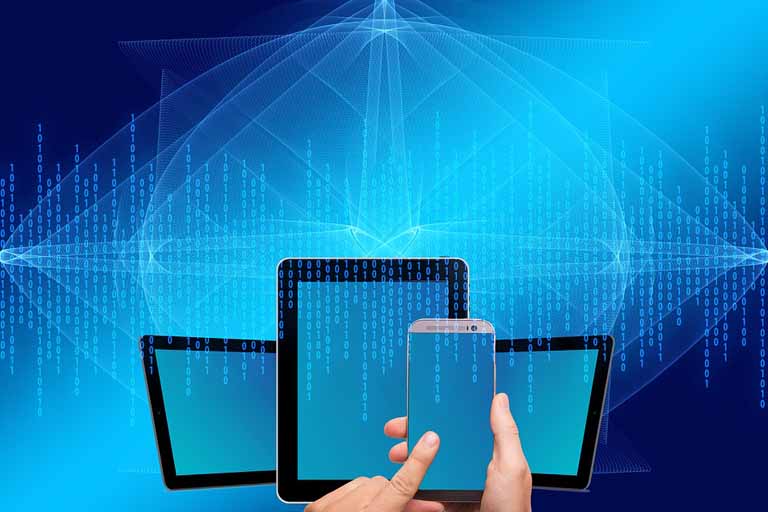 Many of us enjoy our computers and digital devices without ever giving thought to how the information and graphics get there.

Ever wonder about the Facebook stream with updates on almost-forgotten high school friends and pictures of cute kittens? It is all made possible by binary numbers.

The app you use to order lunch while driving in the car? That app is another gift of binary numbers.

Even the complex equations that guide a satellite hurtling through space to the farthest reaches of our solar system were converted and processed using binary numbers.

At its core, the binary number system is a counting system. It happens to work perfectly with computers and has become the basis of the computer and the digital revolution.

Let?s look at how binary numbers work, and how you can read and convert them to text and other systems.

What Is the Binary Number System?

As perfect as it is for the modern world, binary numbers have been around for a surprisingly long time.

The History of Binary Numbers

No one is sure exactly when, or who, invented the binary system. A recent study speculates the natives on the remote Polynesian island of Mangareva developed a binary counting system. This system tracked the goods that moved through an elaborate trading network across the islands in the Pacific.

This system wasn?t an exact replica of our current binary system, since it used both decimals and binary numbers, but it was very similar ? an impressive feat for a small island of only about 2,000 people.

Even further back, the Egyptians used a mathematical system of doubling and halving numbers, a binary computing system. It worked much like today?s computers. The Egyptians knew all numbers could be expressed by the number two.

The binary system of ancient Egypt also became the basis of Egyptian multiplication. With it, they would multiply two numbers in a series of steps in which the value is either doubled or has the first number added to it. This became the basis of their approach to mathematics, geometry, and algebra. With Egyptian multiplication, ancient Egyptians created wonders like the pyramids. They were able to measure the complex movement of the Nile to estimate growing seasons and calculate with pinpoint accuracy fractional quantities of trade goods.

The modern binary number system has long been credited to the German mathematician and philosopher Gottfried Wilhelm Leibniz. Leibniz was studying the I Ching, an ancient Chinese text, and was fascinated by the duality, the yin and yang, that is the basis of the tao. ?From the I Ching, Leibniz created a system using 0 and 1. He showed how the system could be used in a simple calculating machine.

In 1939 George Stibitz, a scientist at Bell Laboratories, built a device called the ?Model K? Adder. He called the device Model ?K? because he built it in his kitchen. The device, often credited as one of the very first computers, used on/off relays to mirror a binary number system, the system proposed by Leibniz, that applied Boolean logic to calculate complex numbers.

From there, the binary number system has become the basis of calculating devices at the foundation of the modern digital revolution.

Now that we have a better understanding of what a binary number is, let?s take a closer look at how to use them. We?ll go through step by step how binary numbers work. Here?s how:

Using this method, any number can be represented in the binary number system using a 0 and 1, or an on and off voltage circuit.

The binary number system can be used for more than representing numerical values. They can also be converted to represent everything from words to text, to hexadecimals. Let?s look at how that works.

The American Standard Code for Information Interchange (ASCII) is a standard character encoding system used in electronic communication. Before ASCII, there was no standard system for communication between computers. There was no easy way to electronically transfer information from one computer to another.

ASCII, based on telegraph codes, changed that. It encodes 128 characters into seven-bit integers. This includes, in English, the lowercase letter a to z, the uppercase letter A to Z, common punctuation symbols, and the digits 0 to 9. Each character is assigned a decimal number, which can be represented in binary.

It is even possible to convert a binary number (base-2 system) into a decimal (base-10 system) and the decimal to binary is easier than you might think.

It?s even easier to convert binary (base-2 system) to hexadecimal (base-16 system). Since 16 = 24, it will take 4 digits in the binary system to represent a single digit in the hexadecimal system. Keep in mind, hexadecimal will often use letters A ? F as well as the integers 0 -9.

A Final Word on Binary Numbers

When you look at the world we live in today, there are few philosophers or scholars who have the profound impact that Gottfried Leibniz did.

When he first conceived of a language of math defined by only two values, 0 and 1 (or, according to his philosophical musings, nothingness and God), he imagined it as a basis of intelligence. All logic, and all thought, is a series of binary expressions that can be represented through binary numbers. In Leibniz?s calculations, the more complicated our world, the simpler the concepts needed to describe it. Today, we see his musings coming to life in artificial intelligence.

We live in a world of ever-increasing complexity, but the driving force at the core of the world is simple. 0 and 1. On and off. Yes and no.

Meta Title: How to Read and Convert Binary Numbers

Meta Description: The world we live in, the digital and computer revolution, runs on binary numbers. Learn what binary numbers are, and how they can be converted.