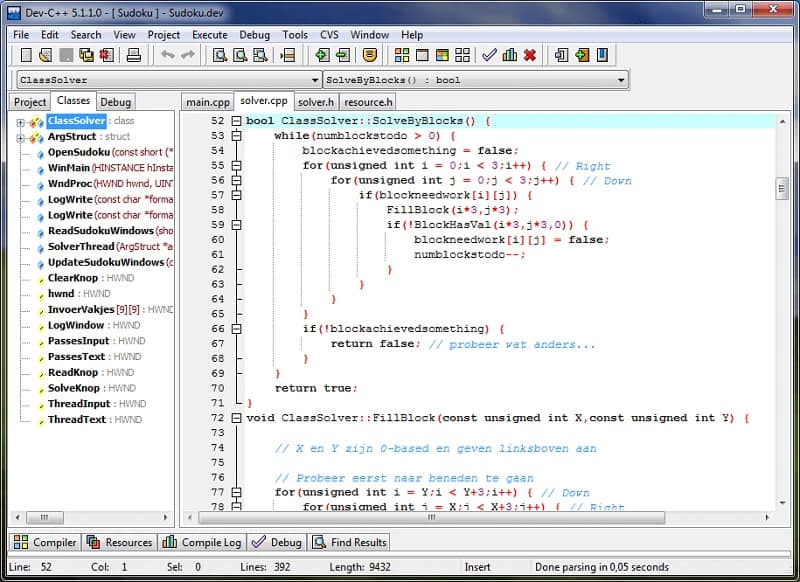 This mid-level programming language was developed in 1979 at Bell labs. It has found applications in various niches. This is due to its ability to run on multiple platforms such as windows Mac OS and different versions of UNIX. Its dynamic nature is also to thank for its preference in many organizations. Are you a CPP enthusiast looking forward to an interview that will land you a job entailing programming with CPP? Here are 15 top CPP interview questions to start you off.

Question 1: Differentiate between C and C++.

When responding to this query, it is vital you give real software oriented answers. This way the interviewer won?t get the idea that you went and memorize the concepts from a book just a few minutes prior.

First of all, C++ is a multi-paradigm program. That means it supports not only object-oriented programming but also procedural programming style. C, on the other hand, is only a procedural style programming language. Secondly, C has a lower data security. In C++ the class members can be modified to be inaccessible from outside. And thirdly, C solves problems in a top-down manner while C++ uses the bottom-up approach where base elements are first established then linked to give complex solutions.

Question 2: Define a class in CPP.

It defines a data type for the definition of a category of things.?The class specifies the data structure rather than the data itself. It acts as the blueprint for program construction.

Question 3: Define an object or an instance.

An object is a concrete instance belonging to class.

Question 4: Differentiate between references and pointers.

References have more power as compared to pointers despite the fact that they can both be used to change local variables in one function in another function. Once a reference is created, it cannot be referenced to another object as it is with pointers. It is rather hard to have NULL references. Pointers, however, can be NULL when indicating that they aren?t pointing to any solid substance. ?although not many CPP interview questions focus on this, it would also be good to mention that when declaring a reference you have to initialize it, which is not the case for pointers.

Question 5: What are virtual functions and how are they used in CPP?

Virtual functions are those used with inheritance. This means they are invoked based on the type of the object pointed or referred rather than a pointer or reference type. They are usually resolved late or at run-time. Before writing the virtual functions in C++, it is important to have:

It is a simplified view of an object in a natural language. Abstraction?is the simplest distinct interface to an object providing a user with features and services in a safe and predictable fashion in OO and C++. It also maintains the code simple and stable.

Question 7: What are the core benefits of a proper inheritance?

Question 8: What are the consequences of an improper inheritance?

With an incorrect inheritance, it is, in fact, possible to reach a dead end while programming. For small projects, there is a scope through which a bad inheritance can be identified and resolved. However, in large projects with a sophisticated design, identifying the problem can be very hard resulting in breakage of the code in a fatal way. This question is among the trickiest CPP interview questions because interviewers care a great deal about your problem-solving skills and attitude.

Question 9: How is it safe to handle the run-time errors in CPP?

They can be dealt with by employing exceptions. Exceptions in C++ work in software made up of components developed independently and are operating as a synchronized process and control. C++ operates in the sense that routines which do not fulfill their duties throw exceptions.

Question 10: What possible problem can be solved by the namespace feature?

Multiple library providers often use similar global identifiers. However, when an application tries to connect to two of such libraries, a name collision occurs. The namespace feature integrates the external declarations with a unique namespace to avert the likelihood of collisions. It provides the illusion that the library vendors don?t use similar name identifiers.

This is a laid out tool that allows programmers to create generic functions that enable any data type pass as a parameter. In addition to that, it allows the return of values without the need to overload the operation with all the possible data types. In a way, they work like the macro.

Access specifiers determine how members of a class including variables and functions can be accessed from outside the class. They can be described as either private, public, or protected. In private, access to members within a class is only limited to within the class boundaries in which they are declared. Public members are accessible from either within or outside the class. Protected members can only be accessed from outside in the case of the child class. This is one of the trickiest CPP interview questions mostly because many interviewers are looking for a more detailed look into each access specifier.

These are special functions for which the compiler substitutes the function call with the body or definition of the function. It fastens the execution speed. This is made possible by avoiding the overhead usually witnessed when calling a function and the current state has to be saved to stack. It also provides the room for optimizing the code depending on the application logic. However, note that a function can only be made inline by the compiler.

Question 14: What is the translation unit in C++?

C++ codes are usually organized into separate source files such as .cpp or.cxx. In the reprocessing stage of a source file, extra content such as header files may be added to the code. At the same time, some content may be omitted. The useful content is what is referred to as the translation unit. So the translating unit contains just the content of the source file and contents of files included directly or indirectly.

Internally linked symbols can only be accessed from within the scope of an individual translation unit. In an external link, symbols are accessible from other translation units besides the single one. The linkage either internal or external can be controlled using the static and external keywords.

With the above compilation of the top 15 CPP interview questions, you are well equipped to tackle your interview. Make sure to answer the questions in a natural fashion to show your confidence and authority on the subject. These CPP interview questions have been put together from renowned interview platforms. Therefore, thoroughly analyze them and feel free to browse the web for additional answers. Also, share them with your friends with upcoming meaningful CPP interviews.