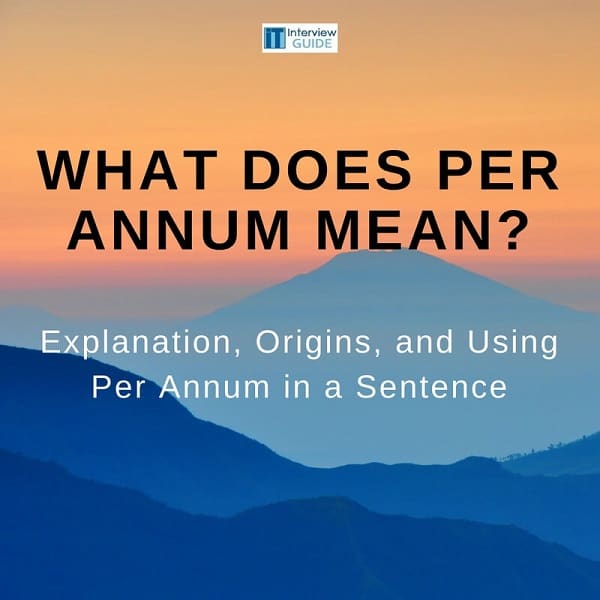 While interviewing for a new job, be it in IT or another field, you will come across this expression most likely when talking about the salary, bonuses, and the like. So what does per annum mean? Well, the term is common in business & financial language, especially when referring to an amount of money or other type of resources that is spent, produced, or sold every year.

Origins of the ?Per Annum? Expression

The expression entered the English language somewhere in the 16th century and came from the late Latin term ?per annum?. In Latin, the term was used during the 4th-5th century when referring to a sum of money that was due every year.

As mentioned before, the term is most used nowadays in business & financial discussions or official documents.

Using ?Per Annum? in a Sentence

?Our company has registered an average growth rate of 5% per annum in the last 3 years, which means we can afford to take this risk.?

?Brain surgeons working in the United States make about $395,000 per annum, which is one of the highest salaries in healthcare.?

?I have a 5% interest per annum, so I need to get rid of this loan by the end of the year.?

If you liked our answer to the “what does per annum mean” question and are interested in other non-technical interview questions, you should also check out our articles on what just a heads up means?or why you shouldn’t freak out when someone tells you they want to touch base with you.