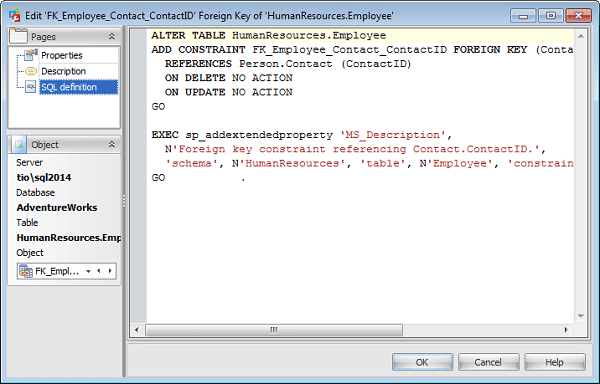 It can be quite challenging to completely understand what an SQL foreign key is because there is a wide set of keys including super, natural, unique, primary, and so on.

In other words, as a programmer, you might become confused in case you need to give a detailed definition or an example of a foreign key SQL.

What concerns us is SQL because it is related with terms like columns and tables rows which are part of our main topic. This being said we will provide you with an accurate definition of what a foreign key is in SQL.

What is the SQL Foreign Key?

Based on the SQL Standard, a foreign key can be defined as a table?s subset of columns which distinctively identifies a row.

It means that a key can be made of more than one column. Also, a unique combination of values or a unique key value will be given to every table row.

Does SQL allow a key to have NULL Values?

It is important to mention that a key can?t have an NULL-able value because every key which has more than the necessary number of columns needs to uniquely identify every foreign key table row.

A minimal super-key can also be called a candidate key, and a table must have at least one or more candidate keys.

Despite the fact that the SQL standard doesn?t allow a key to be NULL, RDBMS implementations such as Oracle and SQL Server allow unique and foreign keys to be NULL. Nevertheless, keep in mind that a primary key can?t be NULL.

What is the similarity between unique, primary, and foreign keys in SQL?

To have a better understanding of this concept, we have to underline what all these keys have in common. A unique, primary, and an SQL foreign key have more than a column in every table.

So they cannot be restricted to just one column because every type of key is able to cover many columns at the same time.

However, many people working in the IT domain have no idea that this similarity exists between unique, primary, and foreign keys even if this is the job of the database programmer who establishes which columns are covered by a unique, primary, or an SQL foreign key.

What is the role of an SQL Foreign Key?

In conclusion, the most important thing about an SQL foreign key is that it creates a relationship between the columns of two distinct tables.