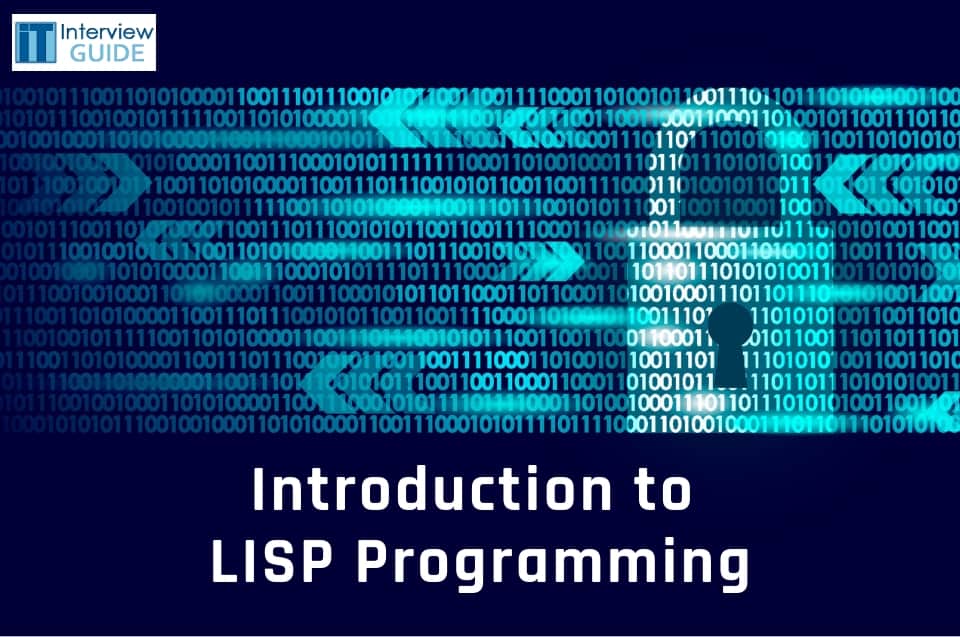 Whether you?re a seasoned programmer or you’re beginning your journey into the world of programming, you are going to have to learn a lot about programming languages.

Eventually, you have to decide which programming language that you?re most comfortable with and which one will suit your purposes the most. We will introduce you to lisp programming. There is a lot to consider when it comes to choosing a language. You can think about what platform you want to use, what fields might be open to you and what type of program you?re looking to write the code for.

Next, you might want to think about whether or not you?ll be satisfied learning the language. Look at what other programmers are saying. Did they learn the language? Is it important to understand it? Did they ever use it? There are a lot of questions to ask. Also, if you?re hunting for a job and not just looking to learn as a hobby, then check which languages are most popular for the career you want.

One of the oldest and simplest types of programming is LISP. In this guide, we go over the major details about LISP and even give you a brief tutorial on how to set your computer up to write LISP code.

What Is LISP Programming?

Its name means List Processor. Linked lists are one of its major data structures. If you look at its source code, you?ll recognize that it is made up of lists. Due to this, LISP programs can manipulate source code as if it were data structure and allow programmers to create new domain-specific languages and new syntax.

As far as programming languages are concerned, once you know of LISP programming, it can be easy to recognize.

Why Use LISP Programming

A programming language can be long, complicated and grueling. If productivity is more your style and you want to get a lot done with a simple, concise code, then you are looking in the right place when you look at LISP. Above other languages, you can do more with less. This means that you can write your codes faster.

Now, LISP coding isn?t going to have obvious benefits the way that you might have if you learn Java or C++. Some of the other programming languages can land you very clear jobs where you?ll use these languages daily. LISP, on the other hand, gives you a solid foundation that other codes do not provide you. It will allow you to connect your ideas to how a program works and subsequently write the code for it. The code is easier to maintain, and your program?s behavior changes with only small alterations. Less code to write, less code to edit and less time spent is how this code operates.

What this code does best is help programmers with exploratory programming. When you write a code, you might not know how it is going to work. In this case, LISP provides you with the features to develop your code.

When it comes down to it, most of the problems with LISP programming have a lot to do with how unfamiliar it is. Programmers have to get used to the language. Once they do, it tends to be smoother sailing. You?ll be surprised how quickly you can get accustomed to the way that a language is written and read. Don?t get discouraged if you don?t understand everything right away. Most people don?t, and it just takes a little dedication to make it all the way.

If you?re looking to set up your environment for LISP, then you?ll need two types of software on your computer. The first is a text editor and the second is LISP executor. Below, we?ll tell you a little more about each.

Now, a text editor is where you?re going to type in your program. If you?re a Windows user, this means that you might use Windows Notepad, OS Edit command, Epsilon, Emacs or Brief. Keep in mind that if you use a different OS, you may have to use different text editors. Each OS has its own.

As you start to create files, the files you create with the editor are going to be the source files. These will have the program source code. The extension for these source files should be .lisp.

As long as you have the programming experience, you should be able to write your program in the text editor, save it, and then execute it.

Your machine cannot read your source code without help. The source code itself is great for humans to read it, but not so much for the machine too. You have to turn it into a machine language so that your CPU can execute the program. The way that you do this is by using CLISP.? CLISP will give you a shortcut on your Start Menu for the line-by-line interpreter.

Next, you have to know how to use CLISP. While it is installing, it will add to your PATH variable if you choose the recommended option. What this tells you is that you can open command prompt, type in CLISP and the compiler will come up.

When it comes down to it, LISP isn?t difficult for anyone to set up. It only takes a few simple steps, and you could be on your way to creating LISP programs.

While you might have a general understanding of LISP, even skilled developers sometimes ask, what are the advantages of LISP programming? What can it do for you? The important part of any programming language is to be sure that it can do what you need it to. Also, consider how much fun you may or may not have with it. If you enjoy writing simple and concise code that can get the job done, then you might have a blast with LISP programming. Of course, we also have a couple of key reasons why you should consider learning it.

One thing that LISP was ahead of the game on is its portable hardware and operating system. Even in the beginning, it incorporated an ANSI standard for object-oriented programming. Take XML for example. XML can de-serialize and serialize data stored as lists. However, LISP came years before it. LISP has a simple functionality and syntax because that?s what its creators designed it to have. Lists in LISP are parenthesized elements that programmers use as representations of objects or relationships.

As said before, LISP is one of the most commonly used languages in Artificial Intelligence programming. While it isn?t the only place that programmers use LISP, it has been in use in that field since the 1980s. This is because it enables rapid development of software. AI needed agile software and LISP delivered it. LISP has the great feature of allowing programmers to test it interactively while being high-level and powerful enough despite being quick-coding. It?s easy to say that LISP was ahead of its time. Even nowadays, it is far from out of date.

Don?t be fooled into thinking that LISP is only an AI tool. A general-purpose language that benefits programmers is useful and beneficial. Even if you do not plan to use LISP regularly, you can still use the ideas that you learn from LISP to transfer into the language that you prefer.