During your IT interview, you may be asked a lot of specific technical questions. Writing a less than sign in HTML is actually a very common task that interviewers assign in job meetings. While it is extremely simple to do, it is very important that you are prepared with the complete answer to make a good impression. Let us tell you the main facts that you should mention so that you can ace your interview!

How Is the Less Than Sign Different in HTML? 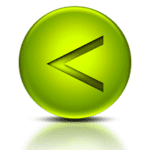 The less than sign cannot be written mathematically in HTML because it will not be properly included in the page it is meant for. Moreover, the characters following the sign might actually appear distorted or disappear completely because this sign has a very different meaning in the HTML language.

If you want to write the less than sign correctly in HTML, then you will have to use the following code:

This is the HTML translation for ?<? and the only way you can write it properly.

Where Does the ?&lt;? Code Come from?

?&lt;? is the proper representation of the mathematical less than sign in IT language. It is included in the ASCII (American Standard Code for Information Interchange) code, which is the encoding standard utilized in IT. The ?&lt;? is the 60th ASCII decimal in the standard code.

We hope this was helpful! Good luck from the IT Interview Guide team!