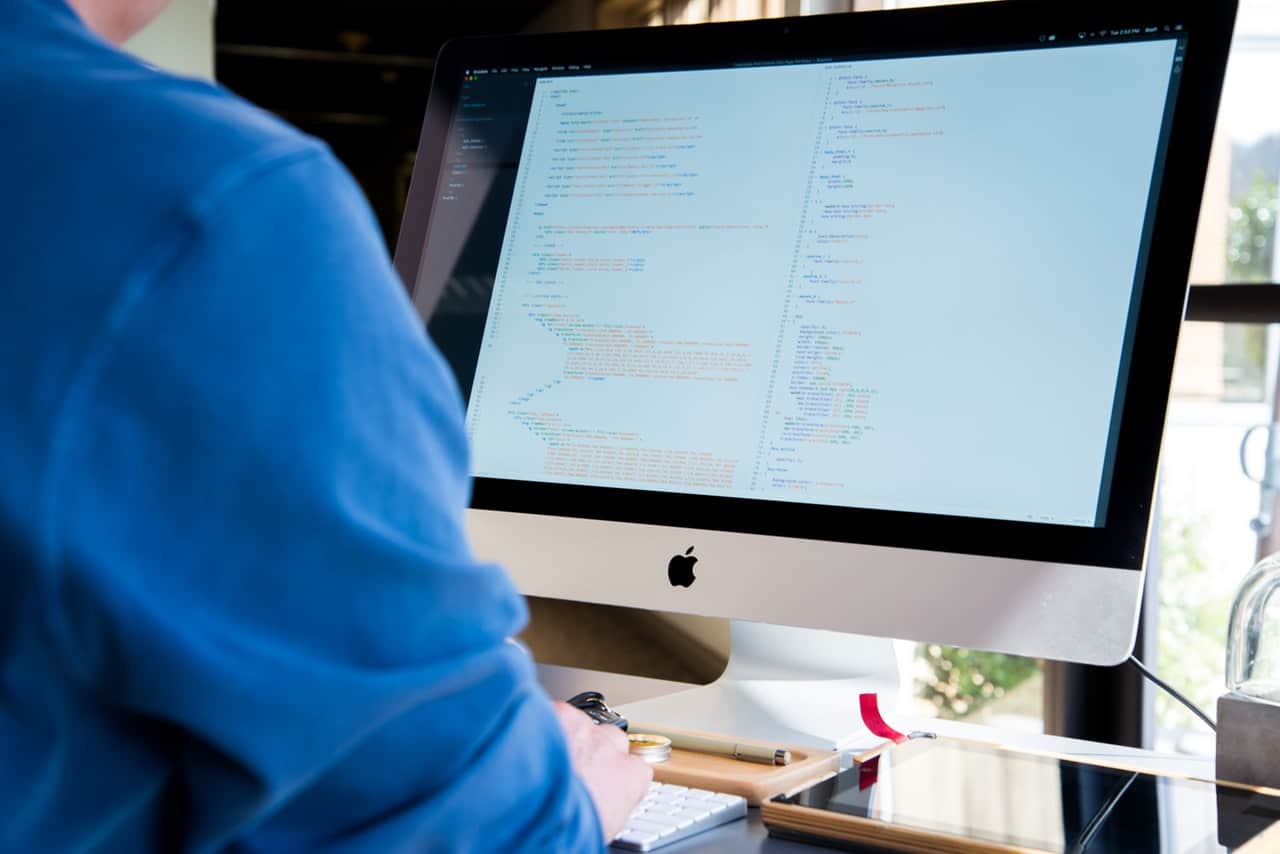 So, you need to choose a PHP framework to develop and deploy large-scale web applications. Given the critical nature of this decision, how do you know which one is right for you? There are a variety of factors to consider including the level of programming skill you have ? or will need to employ ? as well as the specific features offered by one PHP framework over another.

After all, for small to midsize projects, Maintainable can be a good choice. Or, you might want to use AjaxAC because, thanks to the XMLHttpRequest object, it can change a web page state without reloading an entire page. Then again, in a production environment, you might work with Zoop.

Hands down, though, the most popular PHP framework in use today is Laravel. What features have pushed it to the top? What can it do for you and the development of your web-based applications? We'll go over all the information you need to know below.

PHP is primarily used as a server-side programming language but can also be used for general-purpose programming. PHP was originally an acronym for "Personal Home Page" but now refers to "Hypertext Preprocessor." PHP code can be embedded directly into HTML, web-based content management systems, and web template systems.

A PHP framework is a platform for creating web-based applications which comes with built-in features to speed up development time. These can include, for example, automating common functions, reusing code, database libraries, and session management. Most commonly associated with dynamic websites, a PHP framework can be used with static websites, too.

Developed by Taylor Otwell, Laravel is an open-source, free, and cross-platform PHP framework which uses model-view-controller (MVC) architecture. Initially released in 2011, new versions are usually released twice a year. The source code can be downloaded at GitHub.

15 Reasons To Use Laravel For Your PHP Framework

As noted above, given the specific requirements for your PHP framework, there are many different options to choose from. Overall, though, as per the features detailed below, Laravel is your best all-purpose choice.

One big advantage is Laravel's regularly scheduled release dates for new versions. Since its introduction, a new release has typically come out every 6-8 months, one around the first of the year and one in the middle. This allows you to schedule updates as well as plan for features contained in the newest release.

Created in 2013 and maintained by Jeffrey Way, LaraCasts is the premier collection of online Laravel tutorials. Instead of PowerPoint slides full of bullet points, these video tutorials utilize Sublime to keep the focus on actual coding to aid working developers. There are 15 different series of Laravel tutorials encompassing over 700 videos on topics from authentication techniques to incremental APIs.

Laravel achieves multiple benefits through its use of MVC architecture. Using an MVC structure separates application logic from the user interface itself by breaking out the application into three parts: 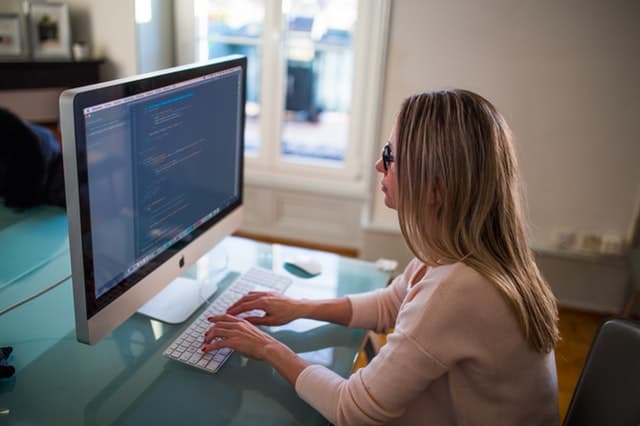 Thanks to this setup, Laravel can offer a wide range of built-in functions to create complex applications which can be quickly ? and dramatically! ? scaled up or down as needed.

A big headache for programmers is making sure databases are consistent across different machines. Version control is made easy in Laravel, thanks to its migration function. All the changes you make in one database can be easily migrated to other development machines. Or, if problems arise, you can always roll back migrations.

In addition, Laravel helps with database creation and maintenance by using seeding. This is when a library of dummy test data is inserted into a database to help test web applications and other APIs. Plus, seeding data can be included when migrating changes from one database to another.

As envisioned and designed by Taylor Otwell, Laravel's syntax is simple yet powerful. This allows for highly readable code which creates elegant programs. In addition, its use of articulate syntax via Object Relational Mapping (ORM) is clear and easy to understand by programmers at all levels of experience.

More specifically, Laravel uses the ORM system Eloquent to work with database relationships and objects. Its syntax is intuitive ? for example, a table's name is the plural of the object or model which interacts with it ? and records can be retrieved with simple commands. Relationships and collections can be quickly created and defined, and there are a variety of mutators available as well as the ability, when creating JSON APIs, to convert relationships and models to arrays.

Artisan is Laravel's command-line interface (CLI) which includes many different commands to aid the programming and development process. Each command also includes an easily accessible help screen which lists available options and arguments. In addition, the Artisan console comes with Tinker, a Read-Eval-Print Loop (REPL) feature which lets you work with your application at the command-line level as well as with events, jobs, and Eloquent ORM.

One of the most useful features in Laravel is Blade. This templating engine makes it easy to pull code apart and extract the parts you want to use. Instead of using a controller layout, this is done via template inheritance and sections. Built-in Blade control structures include echoing data as well as echoing data after checking for its presence. A key feature of any PHP framework is the ability to automate labor-intensive, repetitive processes. In Laravel, this is done using the Elixir API. This allows you to define and test tasks utilizing the Gulp toolkit. Elixir also supports different types of preprocessors using both CSS and JavaScript.

One of the most important and time-consuming parts of developing a web application is authentication: identifying user access and permissions levels based on username and password or other credentials. Laravel allows you to modify this information as well as authorization logic. By using the HomeController feature, the resulting scaffold application quickly creates registration and login pages.

You'll also need to filter HTTP requests entering your application to verify user authentication. Laravel middleware evaluates these requests to route them appropriately: either to complete the request or redirect the user to a login screen. Or you can use middleware for tasks like logging all incoming requests or to make sure all outgoing responses are formatted the same way. Middleware may be defined globally, for groups, or even program routes.

In many PHP frameworks, the pagination process ? that is, paginating database data ? is done manually and quickly becomes labor-intensive. In contrast, Laravel's automatic pagination feature generates a range of links from any given page. The HTML produced is also compatible with the Bootstrap front-end CSS framework. Paginating can still be done manually, or you can use Eloquent models.

By using the SwiftMailer library, Laravel's mail API allows you to send email via cloud services or locally. Built-in drivers are included for Amazon SES, Mailgun, Mandrill, and SMTP. You will have to first install the Guzzle HTTP library. Laravel has a reputation for the ability to perform the same action in a variety of ways, and the same is true for the development of your local mail system and the options to queue and send mail as well as attachments. Laravel has a robust, worldwide community of developers eager to help each other. In addition to the Laracasts tutorials discussed above, here are three more resources you should check out to stay up to date and in the know:

Of course, being part of a community means more than just learning from it. As you discover the ins and outs of Laravel while developing your own applications, make sure to give back and share this knowledge with others.

Need to know more about the differences between stack and heap memory? Check out our in-depth overview so you can detail the pros and cons of each one at an interview.